[Verse 1]
On July 18th, 1918
Divine faith brings what life needs, a great king
That tried to make peace, fight beasts and make means
Prior to their needs might lead to great things
Rolihlahla, brands breaker, troublemaker
But later on he reform his life to something major
In a time where no one knew the meaning of loving neighbor
Born to take the world by storm like Mother Nature
Nelson was the name given
By a school teacher at the age seven
Cause of racism and his African name
I guess it stayed with him, not just the alias, the pain
And soon the man emerged in tune with the planet Earth
He made a move to Johannesburg under the dark sky
He realized being free would cost him his life due to the Apartheid

[Verse 2]
Trapped in a system that’ll mistreat ’em and mislead ’em
He know it’s a long walk to freedom
He went to the best colleges, he got his Bachelor’s to study law
Hungry for knowledge, he studied more
By his mid-twenties he joined the ANC
Years later chief of the NDC, Africa’s MVP
The foe exposer, vocal soldier
Everywhere he go he hear Shosholoza
He gaining power, it’s a lot of ’em
So now the government is watching him, plotting on stopping him
So they put him under observation
So the oppressors outlawed his operations
Knowing the power that be is biased
Instead of street riots he tried to teach ’em to be righteous
But the chief of violence went underground
And formed the Umkhonto we Sizwe, the peace fighters

[Verse 3]
I guess he had enough of it
He got an army to specialize in guerilla warfare to stop the suffering
Authorities wanted before trouble hit
To charge him with conspiracy to overthrow the government
I guess defending it would legitimize the case
Being locked without proof would emphasize the hate
They thought they’d kill him by giving him life
This only made him bigger than life
Every moment more noble, the movement more loyal
Then the news went global, the storm is more royal
The world couldn’t wait to see him on his release
He gave 27 years of freedom for his beliefs
Finally free to complete the prophecy
He won the peace prize, beat Apartheid to see democracy
Some say heaven sent, yeah, that’s evident
South Africa’s first black president
Salute, pay homage and pay your respects
Cause he fought doe human rights ’til the day of his death
Nelson Mandela, rest in peace
But may your legacy live forever and ever 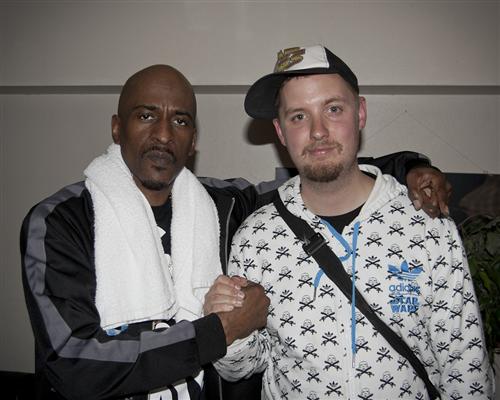