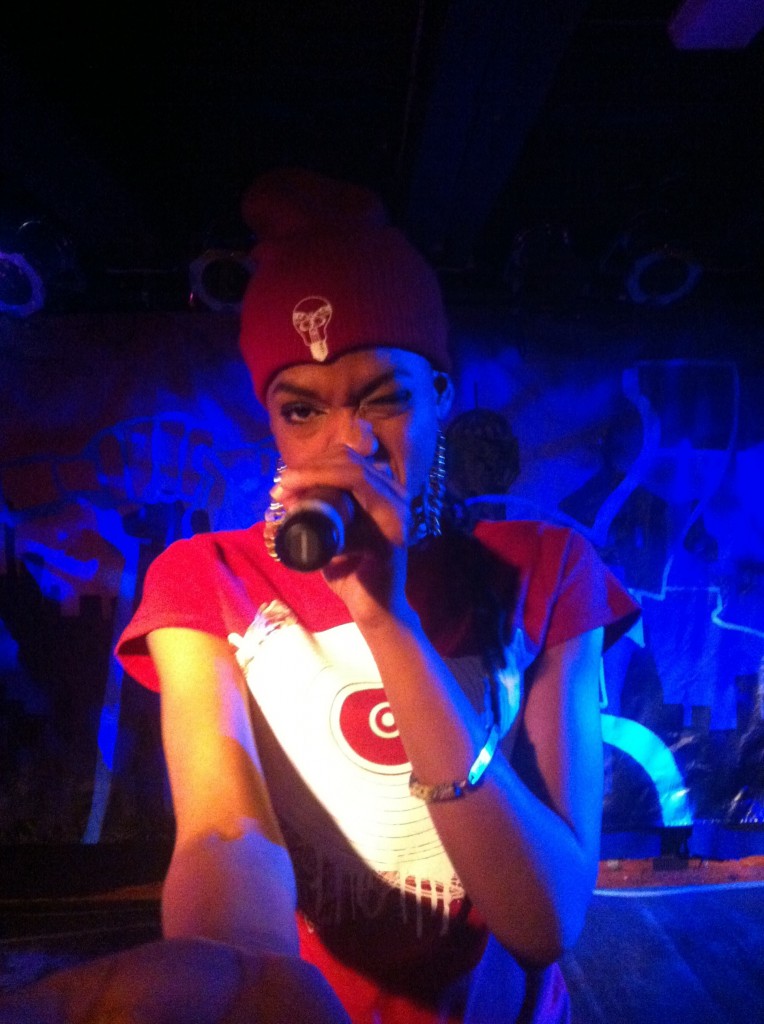 How did you get to be a rapper?

Well, I was always a tomboy, so I did what the boys were doing. Started messing around with rapping just like them, and I realised I was pretty good at it and stuck with it.

So, who were your inspirations mostly male MC’s or also females?

Honestly, when I first started I wasn’t that big a Hip Hop head. I knew the commercially successful female rappers like Salt N Pepa and Queen Latifah, but I listened to it for fun and to dance to it, not from an MC-perspective. So by the time I started really listening to that perspective I was more inspired by rappers that happened to be men, Method Man and such.

My impression is that most MC’s have a certain source for their original flows – an inspiration that you’re able to hear in most of the things they do. Would that be Method Man for you?

I wouldn’t say that’s where my initial flow comes from. When I first started out I was into Das EFX, Biggie and Meth of course. But when I really got into it. Like really really got into it, it was the Black Star album that did it. That’s the first time I started thinking about lyrics and how well-rounded the whole project was. So I would like to give them props for being really influential with me.

Definitely content, I can’t say that I consciously say I listen to someone and draw inspiration in terms of delivery…

It just strikes me that Mos Def did certain things that were unparalleled at the time in terms of how he approached MC’ing, but it wasn’t necessarily something that you could run out and copy.

And in that way I think you could say that it was an inspiration, because it was so awesome. Like, man this is dope from beginning to end. So it inspired me to step my game up.

How did you get from there to here… I mean from wanting to MC to touring the world?

You know, the journey started out with me just having fun with MC’ing. Then I start hearing these girls on the radio, Lil Kim, Foxxxy Brown and them, and I realize that I don’t sound like them, and I kind of stopped for little while because I couldn’t see myself in that role. But when something’s in you, you can’t get away from it. And around 2008 I picked it up again, and I opened for Little Brother. The energy I got from the crowd made me want to do this for real. So in 2009 I put out some songs, 2010 I dropped my first project and I’ve been rocking ever since…

Excellent, and congrats to you on that. You’ve been working with Premo as well and Premier’s always been a strong proponent of female MC’s, from Paula Perry and Lady of Rage on up… how does that co-sign make you feel?

Amazing. Preem is not gonna work with just anybody, so for him to consider me in that category is big. And it was actually him that reached out to me. We sent him a song in 2009 by e-mail not really soliciting anything. He listened to it and wrote back that he liked it and wanted to play it on his show that night; Live From HeadQuarterz. He ended up putting the song on a mixtape, that he used when he toured. So suddenly I started getting tweets from these wild places, like Spain and Africa about my song, cause they heard Premo play it.

Then in 2010 he was in my area, and he was like “I’m doing a show, come meet me!” When he was doing his sound check he dropped a beat for what would be “Epic Dynasty” and I told him “I want that beat” and he said he’d send it to me. I was like whatever, but he kept his word and sent me the beat. It took him 6 months to get the scratches done though, he’s a busy dude.

Yeah, how was the actual interaction?

Great. He’s a cool guy and when we’re working together he really interacts. He’s like “you like this? you like this?” actually asking me what I think. That’s amazing having this legend asking little old me what I think and if I like it. So I just said “Uh… yeah!”

It’s funny that you say “little old me” cause I was just listening to the Nas freestyle from Stretch and Bobbito’s show and he’s on there saying “This is big Nas up here”. And Nas is not that big of a guy, so do you intentionally choose a “little ol me” persona instead of the normal larger-than-life rapper attitude?

No, no! That was in comparison to Premo, cause he’s such a legend that you feel tiny compared to him. Man, when I’m on stage I feel huge. Didn’t you see me up there, flexing my muscles?!

So what’s gonna happen from here on out?

Well in terms of Premo I’ve already done another song with him, and I’m sure we’ll do more in the future. We have a great working relationship. Other than that, I’m gonna keep pushing my dreams, you heard me call myself “The Dream Pusher” and I really feel like that’s what I do. I’m pursuing this dream but also inspiring others. I’m going to continue to tour and definitely come back here.

I really feel like I’m on my way to something big. I know the stadiums and huge crowds are coming. I don’t know exactly how, but this is something that’s in me, and it’s my gift to give to the world. I think there’s a reason I was given the gift and that’s the same reason I’m standing here talking to you.

Maybe I was given a gift too then, cause otherwise I couldn’t be here talking to you either. 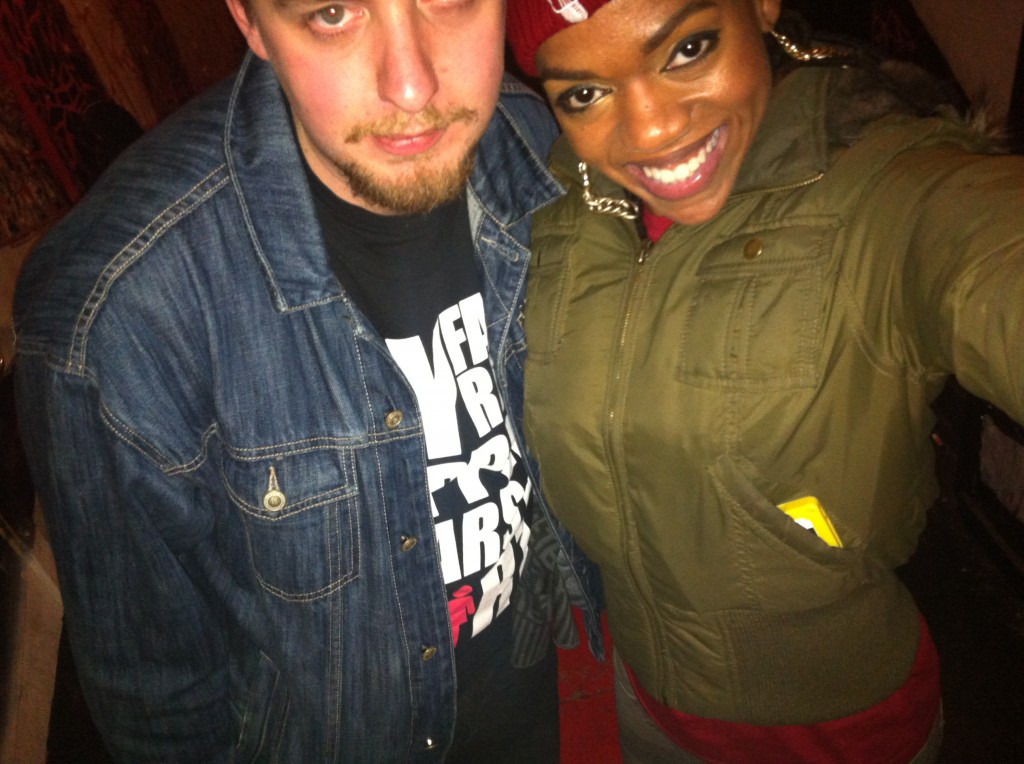