Second update centering around something Nas says on his new album. For some reason I’m really fascinated by his rekindled love-interest with hip-hop, because on one hand it’s cool that he’s name checking all the artists I enjoyed growing up, on the other hand it kinda seems like it’s mostly done for the sake of having a topic to rhyme about.

Take “Where are the now” for one.
END_OF_DOCUMENT_TOKEN_TO_BE_REPLACED

Bad News Allen is known for being a sneaky wrestler. At Wrestlemania IV , when he was known as Bad News Brown, he turned on fellow heel Bret Hart in the battle royal, which started a ten year babyface run for Bret. Now his ex-wife is using my favorite non-accademic encyclopedia “Wikipedia” to do some ambushing on her own. Here’s the quote:
END_OF_DOCUMENT_TOKEN_TO_BE_REPLACED

Few times does The Simpsons make mention of prowrestlers by name, but in a recent season 18 episode named “Moe n’a Lisa” it happened again.
END_OF_DOCUMENT_TOKEN_TO_BE_REPLACED

Remember in the early 90’s when a kid was arrested for shooting a Texas State trooper upon which his defenselawyer cited that the teenager should be acquitted because he had been listening to – and inspired by – 2pac‘s “2pacalypse Now” album, which was in the tapedeck of his car at the time of his killing. Well the defense didn’t work, though it did make 2pac out to look like some type of evil agitator of random violence, and fueled a ban of rap music with violent – and just plain dirty – messages. (I’m sure later lyrics like “cop killers killing cops much props” didn’t help.)
END_OF_DOCUMENT_TOKEN_TO_BE_REPLACED 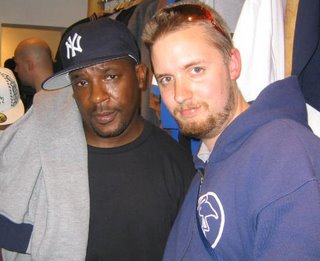 Yeah! OC and El The Sensei came thru and rocked the instore at City Fellaz in a major major way. El did his thing and respect to Artifacts but OC really pulled out the big guns.
END_OF_DOCUMENT_TOKEN_TO_BE_REPLACED 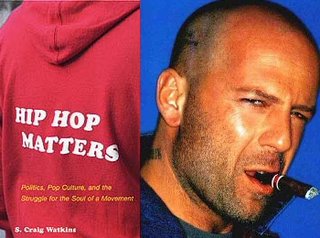 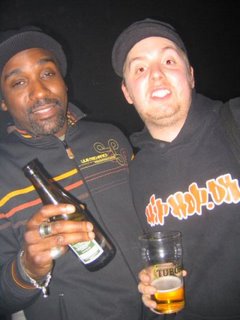